Recovering from a bad chest cold can be a bitch, so I may as well be productive while I’m lying here. A trip to the city was cancelled with the ever-so-delightful realization that money is tight this week, taking away any excuses to procrastinate on writing a new post here, perhaps finish a draft for the first short story of a book idea I have and beginning to read Tides of the Dark Crystal by J.M Lee.

This week, I was planning an essay-long post about Tony Stark, aka Iron Man in the MCU, tracking his character arc throughout each movie. However, I came to the realization that my obsessive discussing of him on Tumblr more or less dragged the enthusiasm out of me to write something so cohesive. What is there to say that hasn’t already been said? 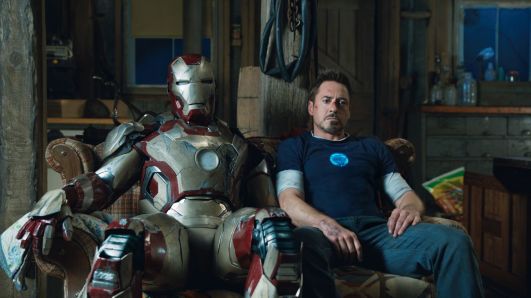 Tony Stark didn’t change my life, but he did give me something to hold on to. Being able to track his character arc over the course of nine movies (10 if you count his cameo in The Incredible Hulk) has been nothing short of thrilling. “Genius, billionaire, playboy, philanthropist” turned “genius, hero, husband, devoted father” and we all loved him for it up until his final sacrifice. I once remarked on Tumblr that, “Tony Stark’s 10 year transition from boasting about his catastrophic weapons in the middle of a war-torn country to trying to convince his fiancee about having babies while on a morning jog in Central Park is one of the purest character arcs in cinematic history.” and not only do I stand by that, but 20,000+ people seem to agree with me on that sentiment.

I wound up seeing Avengers: Endgame nine times in the cinema. The 10th viewing will be with the directors commentary, then I will most likely not watch the film again for at least a year. There’s only so many times I can cry and learn to let go of one of my most treasured characters. It’s my hope that viewing Spider-Man: Far From Home this coming Monday will give me some small amount of closure and help me not look upon the future of the MCU as bittersweet.

Speaking of favourite fictional characters, one in particular that I have never let go of and never will is Harry Potter. Despite the books and films having been completed nearly a decade ago at this point, his been in the back of my mind as of late. I’ll be seeing the long-awaited production of Harry Potter and the Cursed Child this coming Sunday. If you have been patient enough to follow my blog since the beginning, then you have already read my review of the script novel where I clearly outlined my issues with the plot. That being said, if you think for a second this Potter-head wasn’t going to to see what should be a rich and beautiful production, you are kidding yourself!

Where Tony Stark wasn’t life-changing, Harry Potter was the one who pretty much defined who I am today. He consoled me in the lonelier times of my childhood, there were very few times I didn’t have my nose stuck in one of his books. That obsessive amount of reading practically dragged me into a fascination with writing and I like to think that my writing-style bears some resemblance to that of J.K Rowling’s.

Harry’s vulnerability and capacity for goodness and to act upon said goodness taught me a lot about how to be a decent person while also being wary of those who may want to take advantage of me. I always enjoyed traveling with him on his adventures and experiencing a whole new world through his eyes, falling for the same deceptions and then discovering the truth as he did. To this day, I still laugh at his snark and avid descriptions of the people around him. He keeps making me a very happy Hufflepuff.

And then there’s Kermit.

Holy crap, is there a whole lotta Kermit.

That goddamn Frog latched onto me and changed me forever. Kermit came into my life at a time when I was a fat, depressed and downtrodden teenage girl with a capacity of hating myself for who I was. Kermit the Frog changed that. Jim Henson changed that. 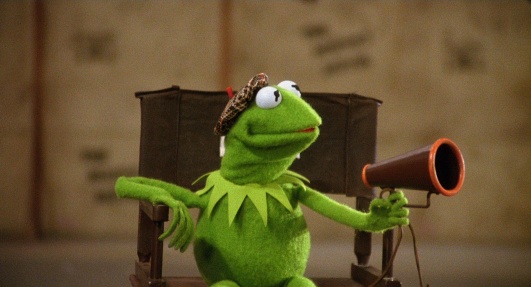 It may not seem like it given my avoidance of the Muppets the past couple of years, but to this day, they are still the best thing that ever happened to me. Jim Henson was the best thing to ever happen to me and Kermit is the epitome of it all. Through songs and gags, Kermit gradually taught me to let go of my insecurities and love myself in whatever shape I am taking at the time (I’ve written about this before). He stopped me from going down a bad path multiple times with his honest, trusting voice and those weird, oddly comforting eyes. My insecurities have never truly gone away, but with the help of Kermit, I’m reassured that it’s okay to experience this feelings and perhaps share them with others in order to find solidarity and understanding.

I owe Jim Henson, Kermit the Frog and the Muppets my entire world.

It’s weird, but not surprising how we put our faith into fictional characters so often over real people. The funny thing is, fictional characters are metaphorical representations of what their creators believe should be the defining characteristics of certain archetypes on this crazy planet. You’re not going to find the perfect Tony Stark, Harry Potter or Kermit the Frog figure without a few hiccups in the wrong direction. But hey, if they happen to influence you or change your life for the better, they may just be worth your time.