Look, I’m not a psychologist or anyone with any type of expertise in mental health. What I am is a film student who is currently being taught to pick up the intricacies of storytelling in this particular medium. While I’m able to read between the lines of the script, I’m generally more accurate in my reading of character arcs and motivations.

After doing a mini-marathon of the Marvel Cinematic Universe (MCU), something became blatantly clear to me:

Tony Stark, AKA Iron Man, is in desperate need of help, but nobody around him seems to understand or care.

Before I decided to write this post, I went searching around to see if others have also taken this into account and I’m pleased to say that Marvel fans all over have reached the same conclusion.

Too bad the rest of the Avengers are blind to it.

This article from HubPages explains Tony’s PTSD better than I ever could and this one from Polygon sums up how and why his condition came to be. With these elements already covered, I’m given leeway to approach the topic from the view of an empathetic fan who just wants somebody from within the MCU to actually sit down with Tony and hold some type of intervention.

70% of the disasters in Tony’s life stemmed from his own decisions and mistakes, from trusting Obadiah Stane, to Ultron, to the weapon he designed that ended up placing that shrapnel in his chest in the first place. I suppose it’s understandable that those Marvel enthusiasts that brush Tony off see him as an idiotic, selfish bastard, but from what I’ve assessed, they’re missing the bigger picture by a wide margin.

It’s pretty obvious that I was on Team Iron Man during Captain America: Civil War. I could understand Cap’s side of things, not wanting politics and government policy to draw the line between life and death for the world’s civilians. While I didn’t particularly agree with Tony’s support of the Accords, I could tell this was the accumulation of trauma and general-if you’ll excuse the phrase- ‘bullshit’.

I’ve watched this guy become ironically injured from from one of his own bombs, kidnapped, operated on while still awake, tortured while still recovering from said injury, have a magnet installed in his chest and then watch his fellow captive die as they tried to escape-

All within the first 45 minutes of the first Iron Man film! That’s not including being betrayed by his trusted business partner who had arranged for his kidnapping and murder in the first place.

Iron Man 2 had Tony confronting his death via palladium poisoning, leading him down a reckless path that causes his world to collapse around him. Despite his actions, it’s not until Iron Man 3 that we witness Tony truly falling apart. The events of Avengers really knocked it out of him. Nightmares, onset insomnia, strange eating patterns and nasty anxiety attacks follow his selfless nuke-disposal act. Yes, the other Avengers have suffered greatly in their own way, but while Tony may have incomparable intelligence, his mind is becoming more and more incapable of dealing with his hero lifestyle.

What really bothers me is the lack of concern shown from anyone aside from Pepper, Rhodey and that kid from the third film. This dangerous type of hero-complex should be setting off alarm bells everywhere and yet, when Tony was having grandiose visions of wrapping the world in Iron bubble wrap or standing up for his belief in the Accords, not a single person caught on that these ideas and feelings was coming from someone who was at risk of falling apart at any second. And if they actually had but didn’t act on it, the events of Ultron and Civil War are on their heads just as much as Tony’s.

Tony is still as full of wit and genius as he has ever been, but it comes at the cost of mentally building up walls to conceal matters that have caused personal damage. My heart broke at the end of Civil War when he finally discovered what occurred during the events of his parent’s death. Tony snapped. Was it reasonable to attack Bucky when he knew perfectly well the latter was brainwashed? Of course not, but at the same time, anyone who says that Cap had the right to keep such awful information from his colleague and friend is kidding themselves.

Is this the face of someone taking devastating news under stride with a healthy mindset? 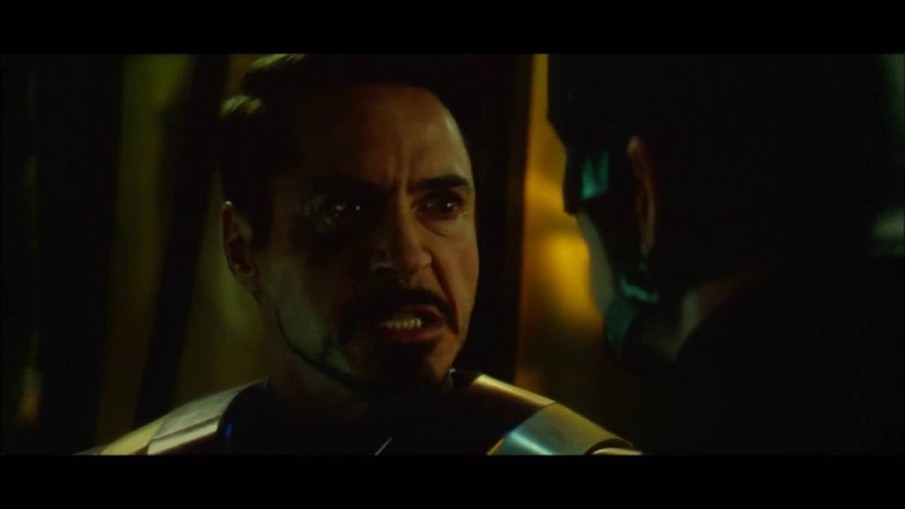 There’s no mistaking that Tony would have been hellbent on capturing Bucky if Cap had decided to tell him upfront, but despite his stubbornness, Tony isn’t unreasonable. In more relaxed circumstances, I believe Tony would have been furious at first, make moves to capture and destroy Bucky, but with persuasion (and perhaps a knock to the head), there would be calmness after the storm of emotions. Tensions would run high and it’s more than likely Tony would still confront Bucky about it. However, would Tony attack him with the same viciousness as he did in Civil War?

Tony has proven himself to be a danger to himself and others. The people around him recognise this and yet they do absolutely nothing but point fingers at him and blame him for creating problems that could have been prevented if they had helped him realise his mental health was getting in the way of his rationality. His joking around and constant building of Iron Man suits are defence mechanisms- a clear facade. Why is that so hard to decipher? 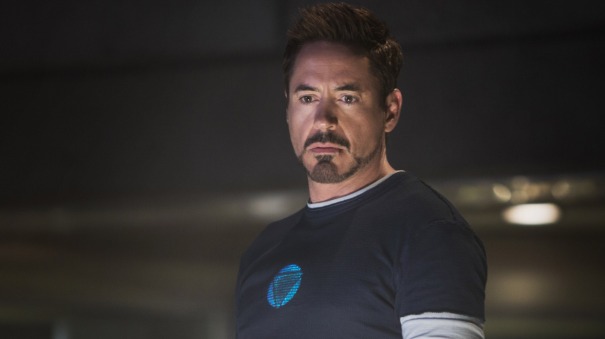 I’ve given up on the other Avengers and my hopes now lie in Peter Parker’s entrance into the MCU. As Spider-Man joins Iron Man for Infinity War (and perhaps beyond?), what I’m hoping to see is Peter using his fresh eyes and sweet nature to break through Tony’s defences and encourage him to, at the very least, open up. The two have a lot in common. Both are intelligent, lost their parents and relatives to devastating events and came across their hero-personas through circumstances that were beyond their control.

Tony struggles to connect with other adults, but as we’ve seen with Harley and then Peter, he is reluctantly good with the younger generations. His appearance in Spider-Man: Homecoming was refreshing. Seeing him play father-figure to the budding hero was startling at first, then wound up making a lot of sense. Like I just said, Tony and Peter are similar were it counts and I wouldn’t be surprised if Tony considers Peter to be someone he could lead away from himself. Someone Tony can live through by encouraging a far more noble and sensible path.

This clip below from Homecoming is essential to my argument. Tony is trying so hard to get into Peter’s head that his actions have real consequences. The mistakes Tony made simply cannot be repeated by someone so young. Tony is not a role model, he is a living tale of caution that should be heeded at all costs.

Tony understands this and this is what gives me hope that taking up a surrogate-father role could benefit him in the long run. 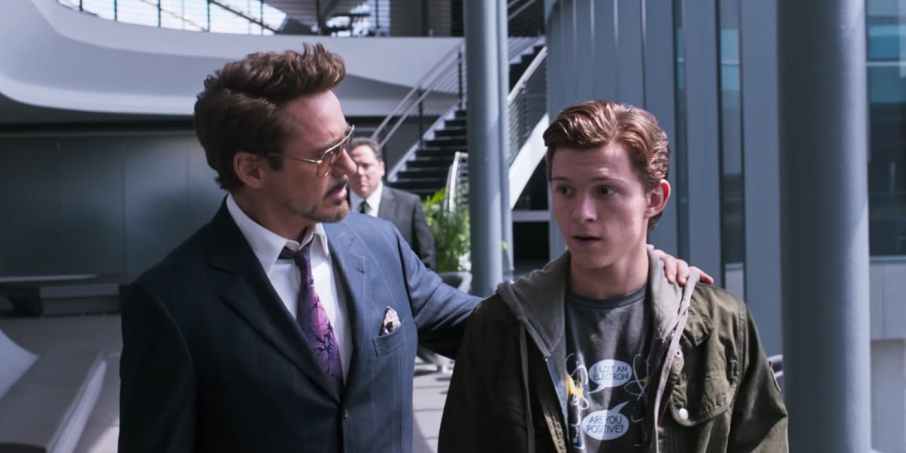 There is a lot of potential here to bring Tony’s character arc onto a far brighter path and I sincerely hope this is the type of direction the MCU will take him before Robert Downey Jr’s final contract runs out.

I’ve always been partial to characters that are more flawed than perfect. Tony appeals to me beyond anyone else in the MCU because he is the most human of them all. He has no biological enhancements to keep him from physical harm, no inherited will of steel to prevent him from falling within himself. The mistakes he makes can’t be delegated to others to solve, he must deal with it himself and then try to do better the next time. It’s not often that a genius, billionaire, playboy philanthropist can be so relatable, is it?

Say what you want about him. Tony deserves better. Far better than the treatment he’s been receiving from those he once trusted the most. 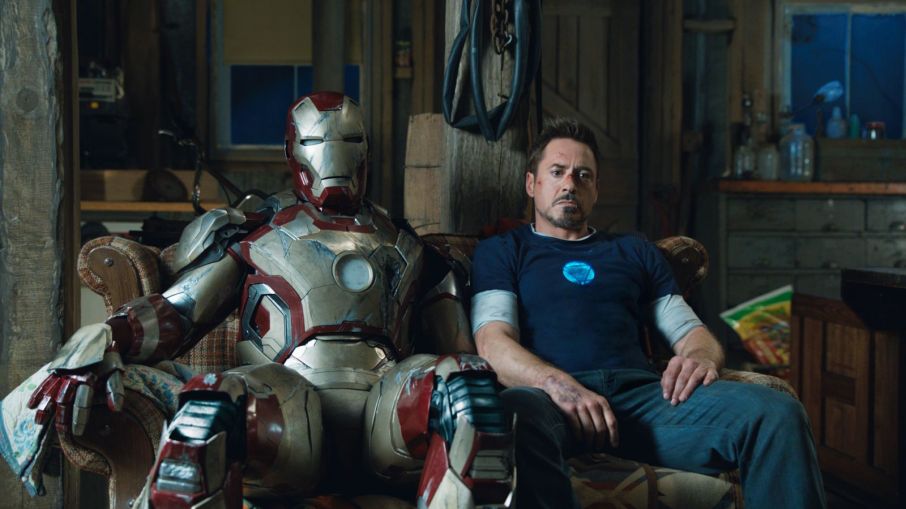