Should I be angry?

But there doesn’t seem to be anything to be angry about. Not at least until we know for certain why this news came about in the first place.

EDIT: As it turns out, there is something to be annoyed at. This article was written before Steve’s blog post about his dismissal.

Like I said in my previous post, this is an article I never thought I would have to write so soon. I don’t know how long I’ll keep doing this blog for, but a huge, bulging part of me believed that this is a topic I would never have to touch upon because it would have come long after I had left the Halibut in the archival stage.

But here we are.

The silver-lining to this black-cloud of a news story is that Steve hasn’t suddenly died. I don’t think I’d be able to cope emotionally enough to write anything coherent if that were the case. So, Steve has retired (EDIT: been dismissed) from The Muppets after nearly 40 years. The biggest question we need an answer for is, why? If it were a simple case of Steve simply deciding to move on with his life, Disney wouldn’t be as tight-lipped as they are now.

But, I digress. There’s no point in discussing that in an article until we are given more information.

It’s been over 24 hours at this point and I’m still trying to grasp the concept of never watching his characters being performed in the wonderful way only Steve could. I’ll never hear the same snarkiness in Rizzo’s voice, or the oddly enjoyable singing of Beaker. I’ll never again laugh at Kermit’s off-beat riffing during interviews, stemming from Steve’s improvisation skills.

Like I promised, today was all about me saying farewell and good luck to the puppeteer who lead me into the fandom I’ve come to know and love. But first, allow me to touch upon some of my absolute favourite moments from Steve’s time with the Muppets. This is going to be extremely hard to keep short, but I’m going to try anyway.

These are in no particular order. I’ve chosen these moments because they highlight a specific aspect of Steve’s performance I wish to address.

This scene from The Muppets Take Manhattan not only features Rizzo the Rat, one of the characters he originated, but also the ever-developing talent Steve gained from working with legends like Jim Henson and Frank Oz. Steve was still very much the new guy during the time of production for this film and it’s clear he used moments like this to his advantage to prove himself as a performer  Plus, you have to admit, Rat Scat never gets tiring to watch! It’s always a laugh to see the antics of the rats in the kitchen, accompanied by Rizzo’s skillful scatting. The song is best described as a heap of fun. It was an excuse to show off some cool puppetry. When you have such fantastic puppeteers like Steve to pull it off, why not?

When the Saints Go Marching In

Hal Linden’s episode of The Muppet Show showcased Steve’s habit of giving his best even when he was performing a minor character. In the ‘When the Saints Go Marching In’ musical number, Beauregard is messing things up, but Hal and The Electric Mayhem play on like the professionals they are. Lips, another of Steve’s original characters is among them. He is innocently trying to play along on his trumpet and keeps persisting even after being literally dropped. He just gets up again, shakes it off and bops back into the rhythm of things. Seeing as Lips is my all-time favourite Muppet, it makes me so happy to see the interaction between him and Hal as things start to go wrong. The little nuances in the puppetry as Lips blows into his instrument probably weren’t needed, but they were anyway, and that’s what I love about it so much.

Flowers On the Wall

Not only does this recent sketch showcase some of Steve’s best work when it comes to Beaker, but it helps me to demonstrate what came from Steve’s own interpretations of his characters. Steve took his Muppets very seriously and applied what he learned about the world around him to what he already knew about his characters. Steve had a certain idea about Beaker; the hapless assistant being intelligent, but incapable of verbally expressing himself. Beaker goes home to his lonely apartment and often turns to the internet for a means of self-expression. ‘Flowers On the Wall’ stemmed from this idea developed by Steve, and as you can tell, it seems to suit what little we know about Beaker outside of Muppet Labs.

Pictures in My Head

Oh god. Give me a few seconds. Re-watching this for this post made me tear up. Again.

Okay, so, aside from how fitting this song is right now, I’m obviously using it to show off Steve’s remarkable musical prowess.  Kermit’s voice can’t be easy to sing with due to the muscles you have to use to pull it off, so the fact that Steve conquers this song with so much emotion and tenderness is nothing short of spectacular. Kermit’s chuckle as he sings the pun ‘un-bear-able’ is enough to melt anyone’s stone-cold dead heart. Again, it’s the little nuances and details that make up the bigger picture. Steve tackled every song he ever recorded with heart and enthusiasm. It’s one of the things I’ve admired most about him.

There is nothing more wonderful than getting the opportunity to watch the Muppet Performers goofing around and messing with each other in such a relaxed environment. In 2015, the future of The Muppets was looking brighter than it had been in a very long time and this panel shows that Steve was clearly loving every moment of it. The way he played off Dave Goelz, Bill Barretta and Eric Jacobson here was highly amusing. You can see how pleased he was with himself as he left the other performers stumped for a response because they were laughing too hard. Isn’t that what we all love the most about the Muppeteers? Their camaraderie and love for each other extending into the relationships between their characters?

That’s what I’m going to miss most about Steve; the chemistry and personality he brought to the Muppets. It’s going to be sorely missed and hopefully with time, we’ll see the core group of Muppeteers recover from the loss.

I’m Going to Miss You:

Yet again, I thank Steve for everything he has done for me, The Muppets and the fandom at large.

Without Steve, I never would have discovered the magic of puppetry and film-making and what they can accomplish together when melded by a creative genius like Jim Henson. Believe it or not, I’m studying film at university because of these two men and I look forward to using puppetry in my own work once I’ve graduated and gained enough experience. I’ve even embraced other forms of puppetry outside of the Muppet-style. I’m not a puppeteer by any means, but with time, I’m hoping to learn as much as I can.

To get corny for a bit, it’s quite odd how there are some people who can touch your heart from half way around the world, despite the fact they don’t even know you exist. I’ve looked up to many people since I was a kid, but there is something about Steve that has intrigued me. I’ve idolised J.K Rowling my entire life and yet she doesn’t inspire me like Steve has for the past few years.

I’ve read about other Muppet fans who have been lucky enough to shake Steve’s hand and to hold a conversation with him. All of them say the same thing; he is one of the nicest, most patient people they have ever met. Steve never let the fact that he was the puppeteer of one of the most famous puppet characters in history get to his head. I have so much admiration for that. It’s a constant battle for me to not let my ego control my actions, so hearing and reading about Steve’s calm coolness really helps to clear my head.

Steve’s entire journey as a Muppet performer is one of my favourite stories to tell my friends when we talk about who we idolize. It really was a story worthy of a film-adaptation. An ordinary kid from Georgia who turned up on the door of his idol’s as a self-taught puppeteer and wound up being the performer of the iconic character he had loved so much growing up. I would love to go back in time and be a fly on the wall while a Muppet Show sketch was being taped or, during one of those silly late-night recording sessions I remember Dave Goelz once talked about. It’s those kinds of stories that really pulled me into the Muppet fandom. As much as I love the Muppets, I adore Steve and the other performers just that little bit more.

I’ve always imagined the Muppet-verse being a tiny bit like a solar system. In the centre, you have Jim Henson as the sun that everything else revolves around. Then surrounding him in the first ring are the puppeteers, like Steve. Then the Muppet writers, directors and composers like Jerry Juhl and Paul Williams. In the middle rings are the Muppet builders, the wranglers and the rest of the crew behind the camera. Eventually, you get to the Muppet fandom; most stay in the outer rings but a lucky few manage to squeeze inwards to join the ranks of the inner rings.

It stuns me that all it took was for one man to take a chance with a seemingly out-dated form of entertainment to create an international community that has spanned three generations. Jim started it all and Steve took it open himself to continue the cause. That was a marvellous feat and we all have him and the other performers to thank for that.

To finish where I started, thank you, Steve, for being a constant positive presence in my life. You are one of the most talented, wonderful human beings I have ever had the good fortune of stumbling across. After 8 Muppet films, 4 TV Muppet shows, several TV specials, albums, YouTube videos and countless live interviews and appearances, you certainly deserve a break. May whatever you do next with your life be successful and that you live it out happily. Just remember that we will always be here if you ever need the help, just like you were always there for us when we needed you.

And to quote one of the saddest songs in Muppet history:

Not sure quite where, and I don’t know just when.

You’re in my heart, so until then- 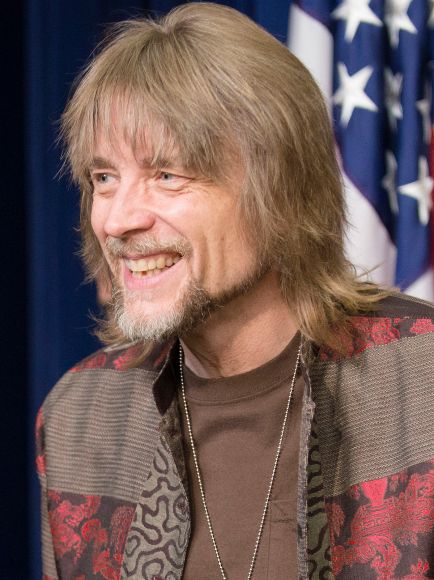