Synopsis: Young Emmet Otter and his Ma are struggling to make ends meet after the death of Pa Otter, reverting to doing the laundry and odd jobs of others. When a talent contest is to be held in town with the prize of $50 for first place, Emmet and Ma Otter sacrifice each other’s most important possessions for the chance to win the prize in order to buy the other their dream Christmas present. However, a grungy new gang in town, The Riverbottom Nightmare Band, may just be the kind of trouble the Otter’s don’t need.

Written by Jerry Juhl and marking the first time Paul Williams would contribute his wonderful talents to a Henson project, Emmet Otter’s Jug Band Christmas is my go-to for the very beginning of December. The innovative puppetry is often praised by Henson fans. Between the row boat, the marionette work and the pure talent of the performers, I would be very silly not to agree with that sentiment. The story itself is simple enough, but it drives the point home. Sometimes taking a chance or sacrificing something important doesn’t work out in your favour, but that doesn’t mean things won’t work out eventually. You can always rely on your friends and family for support. There is also that classic Christmas mantra of ‘materialism will never be what the holidays are all about.’

I always enjoy coming back to this special. Even if it’s not particularly my favourite, I can certainly understand why some Henson fans treasure it so dearly.

Best Character: Wendell-Dave Goelz steals every scene he is in regardless and Wendell’s cautious optimism comes through in the very subtle performance.

Most Valuable Puppeteer (MVP): Dave Goelz as stated above.

Best Cameo: Kermit the Frog (if he’s in the version you have.)

Best Song: ‘Where the River Meets the Sea’. The later version with John Denver and Robin the Frog is a particular gem in my Christmas set-list.

Best Moment: The snare drum rolling out of the music store and into the gutter past Emmet and Ma Otter. Purely because I’ve seen just how much effort it took to get that shot!

Synopsis: After a nightmare that was Christmas Eve, Kermit the Frog has given up on everything, even his existence. Thanks to the concern of an accountant angel, turned ‘guardian’ by The Boss, Kermit has the chance to see what the world would be like, and how his family of Muppets would cope, if he had never hatched in the first place.

I know some of you may be thinking, ‘How on earth could this weirdo place this special over Emmet?’ Just hear me out, okay?

Despite the questionable and dated humour, I consider this special to be quite significant. It was one of the final projects made by the Jim Henson Company before Disney finally bought the characters, closing up another era in Muppet history. It was also the beginning of Eric Jacobson’s run with Frank Oz’s characters, Jerry Nelson’s departure into retirement and a big step in Kermit returning to his place in the centre of Hurricane Muppet since Steve Whitmire had taken over. I could care less for the plot and the villain, but Kirk Thatcher proved himself as a great director despite the budget he had to work with. The Muppet Performers were on the mark as usual, even if the majority of the characters were still trying to find themselves again.

Best Character: Pepe the King Prawn- In all honesty, this is the only production that I find him tolerable in, at least until The Muppets (2015).

MVP: Eric Jacobson-It can’t have been easy to jump into all of Frank’s characters in the same production. Major respect in that regard!

Best Cameo: Matthew Lillard-His character was absolutely ridiculous, but he played it so well!

Best Song: ‘Everyone Matters’ is at the very heart of the movie. It was a very human moment and performance from both the Whatever and the Frog.

Best Moment: Kermit doing his best Wembley Fraggle impression as he runs back to the theatre after Daniel restores the world to what it should be. 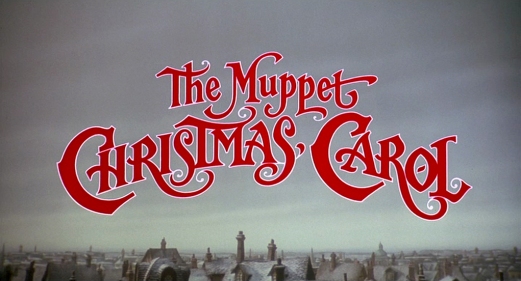 Synopsis: In a very Muppety, yet still faithful and brooding adaptation of the Charles Dickens classic, Gonzo, Rizzo, Kermit, Miss Piggy and several other Muppets play out the redemption of Ebenezer Scrooge.

The first major production after Jim Henson and Richard Hunt passed away, the Jim Henson Company had a lot to prove. Between Jerry Juhl, Kirk Thatcher, Paul Williams, Brian Henson and the remaining Muppet Performers, this film is a solid effort. It is wonderful. The characters are perfectly cast, as is Michael Caine who remains my favourite human co-star in a Muppet film. The film is able to stay faithful while having the Muppet flair one would come to expect, which is a huge accomplishment for the writers. What more can I say that other Muppet Fans haven’t? A brilliant film.

MPV: How could it not be Steve Whitmire? Not only did he have the bravery to deal with Kermit, Rizzo the Rat is HY-sterical!

Best Cameo: Sprocket the Dog. Have you spotted him?

Best Song: ‘It Feels Like Christmas’ is still stuck in my head from the first time I watched the film.

Best Gag: Rizzo and Bean repeatedly getting beaten up. 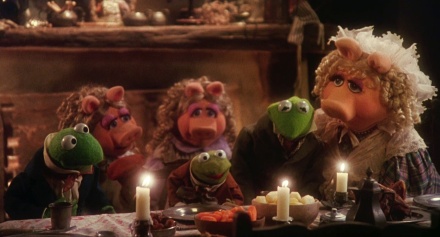 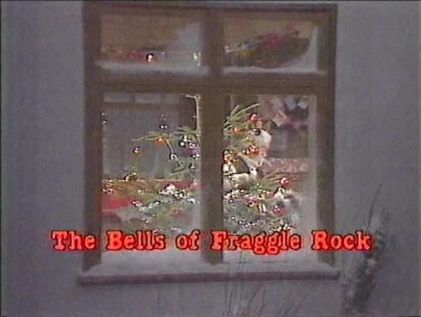 Synopsis: While the rest of the Fraggle Five are excited about the Ringing of the Bells Festival, Gobo Fraggle just isn’t feeling it, not understanding the purpose of the celebration. When he decides to search for the Heart of the Rock, Cantus the Minstrel steps in to help him learn the truth. Meanwhile, Doc teaches Sprocket about different winter celebrations from around the world and Uncle Travelling Matt completely misinterprets Christmas.

Not only is this episode of Fraggle Rock extremely well written, the song is simply gorgeous and I can’t help but have a soft spot for it. Including Cantus was a great decision on the part of the writers and it’s easy to imagine Jim Henson having a great time during production. It could be very beneficial to show this episode to children who have come to learn that Santa Claus isn’t real. There aren’t many Christmas specials out there that work toward reaffirming a child’s love of Christmas once that dominating illusion has been broken. There can still be Christmas without the ‘magic’, because one’s family and friends are the magic of Christmas. Heck, this episode has helped me get into the spirit for the last couple of years!

Best Character: Cantus…I may be a little biased in this decision (Cantus is Best Fraggle!)

MVP: Jerry Nelson-This episode contains one of his best performances of Gobo in the series.

Best Song: Seeing as there is only one song…..that one!

Best Gag: “You should have bought your mittens.”

Best Moment: Cantus giving the power to Gobo by allowing him to discover the Heart of the Rock on his own terms. 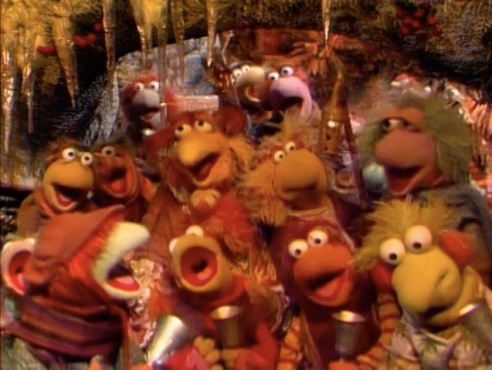 Synopsis: It’s Christmas Eve and the Muppets are on their way to spend the holiday at Grizzly Farm, Fozzie’s childhood home- if only Fozzie had warned his Ma! Emily Bear’s plans of a sunny Christmas, renting the farmhouse to Doc and Sprocket while she’s gone, is completely obliterated! Before she knows it, The Muppets, Sesame Street and even Fraggle Rock have crossed-over under her roof! But will Miss Piggy make it there in time?

The whole thing is non-stop fun and laughter from the word go! I’ve always loved cross-overs, no matter the franchises involved. To me, there’s nothing more special than seeing characters you love come together from different worlds and interacting. The Muppets, the Sesame gang and even Fraggle Rock had equal representation in this, my favourite of which was when Kermit and Robin found the Fraggle hole. Kermit is officially the only classic Muppet character to have set foot in The Muppet Theatre, Sesame Street and Fraggle Rock. I can’t imagine just how much fun the writers and performers had with this one. If it filled them with as much joy as I feel when I watch it, it would be one of their fondest memories. My only regret is that I haven’t been able to share this special with the rest of my family, which is a shame because family is what it is all about. The family of characters, the family of the Jim Henson Company and all the families who make it a tradition to watch it every year.

Best Character: Doc- how many humans could deal with that much craziness under one roof? In the end, he was just as crazy as the rest of them!

MPV: Do I really need to choose in this instance? All of the performers get to have their moment in the spotlight.

Best Cameo: Jim Henson- Who else?

Best Song: Again I just can’t choose- ALL OF THEM!

Best Moment(s): Sprocket and Rowlf. Doc, Bert and Ernie. Rizzo and Oscar. Poor Lips getting smacked into a wall by Doc and Sam Eagle comforting him. Big Bird and the Swedish Chief. Kermit, Robin and the Fraggle Five. Pretty much anytime the Christmas Turkey shows up. 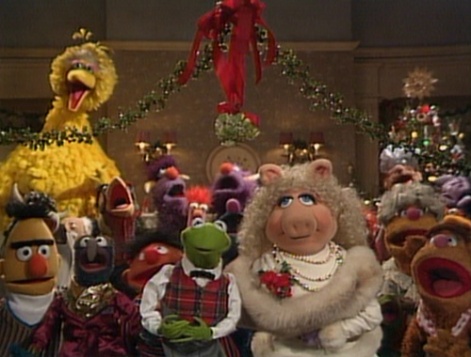