(Or That Time Brian Jay Jones Made Me Cry) 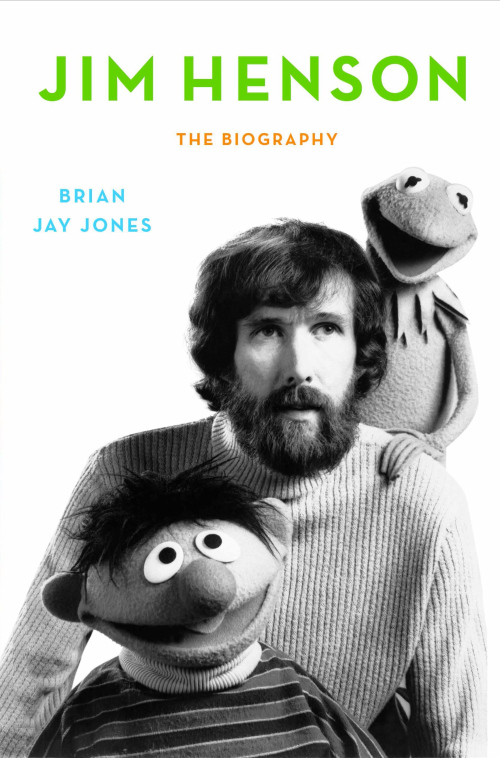 Now, let me just start off by saying that this is more a re-telling of my experience of reading the book, than it is an actual review. There are certain books I can read through, then give a somewhat solid opinion about without too much bias: Jim Henson: The Biography isn’t one of them.

As some of my readers already know, and as my new readers will come to know, Jim Henson has been an instrumental influence in my life for the past four years. My sense of humour and overall outlook of the world changed drastically when I somewhat accidentally introduced myself to the Muppets. Since then, I have not had a single good reason to return to who I was before. I was a weird, geeky teenager suffering from self-esteem issues due to my weight back in 2012. Nowadays, as a young adult, I’m still rather weird and geeky, and still somewhat overweight, but now I can handle several kicks to the ego thanks to the greatest thing Jim ever taught me.

Being weird is wonderful and you should appreciate it above everything else.

When I first caught wind of Brian Jay Jones working on the biography, it stumped me. I could not understand how no one had thought to put together the wonderful story of Jim’s life up until that point. This was back in mid-2013 when my involvement in the Henson fan community was still in its infancy, so I had yet to start gathering books and other essential fan items around me. A part of me simply assumed that there was already a biography just waiting to be discovered. From the interviews I’ve read and watched, it appears that Jones was just as surprised as I was. Luckily for all of us, Jones decided that this needed to be amended as soon as possible. On September 24th, 2013 (a rather fitting date if you know the history), Jim Henson: The Biography was released and I couldn’t wait to sink my eyes into it.

That’s if I could actually track down a copy first.

I could very easily fall into a rant about the lack of access to Henson-related merchandise in Australia, but I’ll save that for another post. Once the biography was released, I immediately ran down to the shopping district in my small hometown, hoping one of the bigger stores would have a copy just waiting for me. My diligent search proved fruitless and I returned home sans book, yet I was not going to give up so easily. I hadn’t been this excited for a new book release since Harry Potter and The Deathly Hallows a few years earlier. So help me, I was going to get it! Thankfully my family had planned a trip to Westfield Fountain Gate Shopping Centre just to the east of Pakenham about a week later. Finally, after scanning multiple bookshelves, I found it in the very last place there was to look. A quick transaction later and Jim Henson: The Biography was mine.

I immediately jumped into it on the car ride home from Fountain Gate. My parents knew quite well that once I was into a book, there was no sense in trying to keep me away from it. I had not perilously tracked my way around three floors of a massive complex while dodging other people just to put the book aside and wait. I desperately wanted to know Jim more than I ever thought I could. I wanted this book to be The Muppet Bible, to teach me the genesis of the characters I had come to know and love through hours of research, watching and non-stop laughter. This was the first time I had ever expected a book to make me emotional and wish that I had been there to see these events play out for myself. It had to be good. There was no other choice for it but to be.

Putting the story aside for a moment, allow me to quickly remark on Jones’ writing throughout the book. The writing comes off as lenient and accessible for all readers while still being remarkably detailed. I’ve read quite a few biographies, whether for school or for pleasure, and there is nothing better than reading the work of an author who knows how to write without triggering migraines. There is also something really pleasant about the way Jones allows the story to tell itself through the quotes of those who knew and loved Jim. The quotes themselves are well utilized in a way that presents the separate events as fact and not merely speculation based on the author’s research. Many biographers are happy to simply slap the facts and figures down on the page for the reader to interpret at will, but Jones shows off his ability to make an educated guess about Jim’s thoughts and feelings about any certain time or event. I clearly don’t have the authority for make judgement on these observations, but if the Henson family allowed them to be published, then there must be some sort of accuracy there, right?

With such a breezy writing style to read, I locked myself up in the theater room and powered my way through, soaking up everything I possibly could. It would take me the length of a novel to cover everything I enjoyed or found interesting, so here’s a quick rundown:

That short list makes it sound as if Jim was some kind of saint. Luckily Brian Jay Jones puts that notion to bed quite quickly. Everyone has their flaws: for Jim it seemed to have been lapses of  no self-control, impulsively making decisions that weren’t very well-thought out to begin with. Let’s face it. Jim tried drugs and many other things we all would rather avoid knowing. There was also the matter of his love life, which I’m not going to say too much on because I don’t want to make careless assumptions. I’ll just leave it at ‘most of his personal failings were in this area of his life’. No one wants to think about Jim in this light, but considering who Jim was, it’s kind of a relief to know that he could be just as human as the rest of us mere mortals.

It goes without saying that the most difficult part of the book to process was the ending. How could it not be? With every page I turned, the painful conclusion etched ever closer, but I kept pushing the thought to the back of my mind. Jim wasn’t dying, not yet. Look- he is working on The Dark Crystal. Everything is just fine.  Fraggle Rock is now in development, Jim just pulled a prank on a colleague, he’s off on another holiday, he’s planning the future of his properties and now Labyrinth is on its way. Uh oh, Jim just turned 50. Only a few years left… I-It’s okay, just keep reading- look! The Jim Henson Hour! Jim’s being coached on how to be a host, that’s interes-…..and the show is cancelled. Great. Perfect. Wow, who knew Roald Dahl could be such a jerk? Uh oh, Jim just started the doomed Disney deal-this is going way too fast- aannnd now he’s on the Arsenio Hall Show with Kevin Clash. Am I skipping pages or something?

I make it a point to skip over the first half of Just One Person during re-reads unless I am emotionally prepared to do so, but the first time I read the chapter, I was not prepared for how painfully succinct it is. From the time Jim drags himself into the hospital, to when his body finally gives in is quite brutal. Jones provides an almost hour-by-hour play of the 16th of May, 1990. Reading the accounts of Jim’s family and friends, of how they found out about Jim’s quickly failing health, getting to the hospital and then being forced to say goodbye, was agonizing. The aftermath even more so.

I cried. Heavily. I’ve cried while reading books before, but this time I actually felt genuine grief. Jim was someone who had become so dear to me within a span of a few short months and the injustice of someone like him having his life cut so short by Fate both angered and saddened me. It’s even worse when you take into account that Jim worked tirelessly so that he could get everything done that he wished to do before his death. He knew perfectly well that everyone’s time on this earth is far too short. 53 was too young. Way too young.

After finishing the book with Legacy, I remember closing the book and giving a heavy sigh. Deathly Hallows had left me emotionally drained after the first read through, but certainly not like this. I had just hiked my way through 53 years of a man whose genius would never be seen again. The worlds Jim created, the characters he conceived, the teams and friendships he built are never to be repeated. Perhaps there are-or will be- a select few who come close, but there will never be another Jim Henson.

Jim had already been gone for six years before I arrived in 1996, into a world that had already been blessed by Jim’s unique perspective on life. I get to join countless others who wish to continue Jim’s work, whether it’s performing puppetry or simply teaching others about love, tolerance, forgiveness and the appreciation of nature. These are wonderful people who just want to leave the world a little bit better than when they arrived.

And for that, I suppose you could say I’m ridiculously optimistic about the future.

Don’t get that reference? Well, then you’ll just have to grab a copy of the book, won’t you?